You are at:Home»Opinion»Its OK to lie, but don’t be controversial!

Is ‘Silence’ really golden? Speech is one of the five basic senses every human has. Hence, the urge to speak is fundamental. Various philosophies more or less agree to practice silence as a means to control one’s mind; namely by avoiding all forms of gossip or meaningless talks that only serve to agitate one’s mind and disturb one’s state of existence. In that sense, silence is golden.

Speaking meaningfully and pleasing is another way of using one’s speech effectively. If only humankind would avow to follow this, it could serve the desperate political leaders very well since all the leaders of the world are very tired of people protesting for justice. If only they had a commandment to issue in this regard, it would serve them even better! After all, it’s so easy to manipulate and control people using ‘The Word of God’, isn’t it? Who wants to face the bitter truth at the hands of the people all the time anyways? In fact, never the better.

In a system of constant exploitation, how could one control the wrath of the subjects? Not allowing them to speak the truth would reflect quite poorly on oneself while living in a ‘free world’, a ‘democratic society’, and promising ‘free speech’. They very well understand that voices of dissent do not arise in joy but from pain. So the only way to curb that voice is to rebrand the dissent as being ‘controversial’. And stigmatize the term ‘controversial’ enough that people are more concerned about being controversial than being truthful. Let them be forced to believe, “It’s OK to lie, but don’t be controversial.”

What Should Define Speech

There are some injunctions in this regard in the Vedic literature. One of the very famous verses quoted by many religious Indians is,

“Speak truth in such a way that it should be pleasing to others. Never speak truth, which is unpleasant to others.”

This verse is often quoted whenever someone speaks something that is unpleasant to hear.

Growing up in a hindu household means that you have heard it several times whenever you spoke a truth bluntly! It actually appears in the Manu Samhita 4.138. However, the second line of the verse is lesser known and almost never quoted. It actually sets the balance.

“And never speak untruth, which might be pleasant. This is the path of eternal morality, sanatana dharma.” 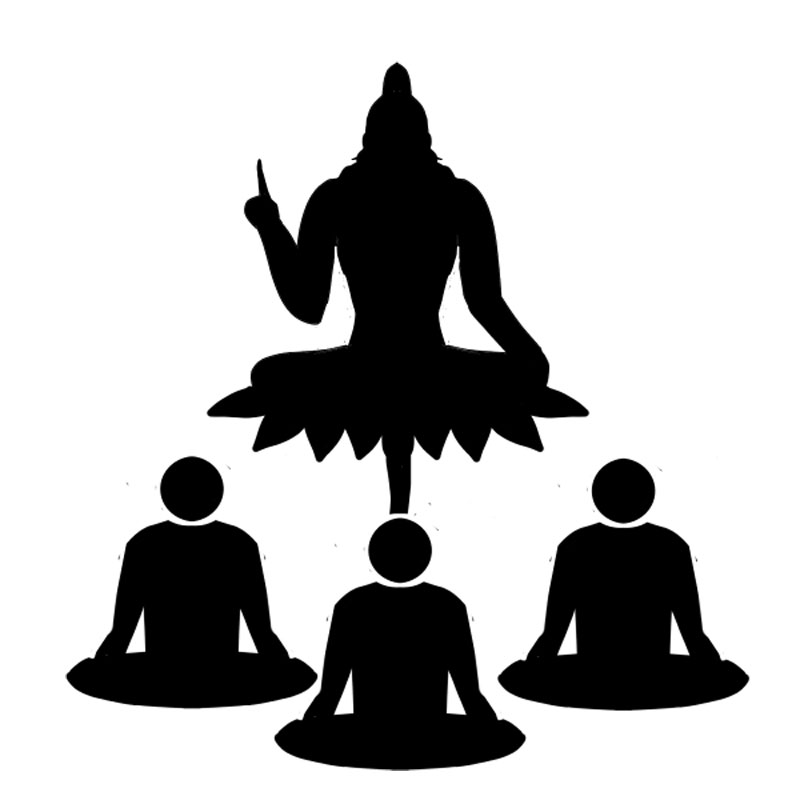 The verse implies that Truth must be delivered with grace and in a way is acceptable. However, that may not be possible always. In such a situation, the ‘pleasing’ aspect of the truth cannot supersede the truth itself. If popularity and mass acceptability become the yardstick for speech, then truth would be manipulated, diluted or compromised to the level that it would hardly have any element of truth.

In the Taittiriya Upanishad, the teacher after teaching the Vedas, amongst several other instructions, exhorts to the departing students,

This emphasis is nothing but setting a reference point for discrimination. Truth alone is the spirit of man. It does not change just because we are offended. It must be protected and preserved at all costs. A person is to become divine by practicing this principle at the very cost of his existence and not merely proclaiming affiliations to any individual, form or aspect of divinity.

Such was the parting message to the students who were leaving the gurukuls to begin their careers and plunge into various fields of life. These lessons are not simply for the silent meditators in the forests but for those who have to interact in this physical world where ‘silence is not always golden’. As long as one has any trace of desire to enjoy this world through the sensory pleasures, one is obliged to do his duty properly. For one who has totally risen above dualities, these obligations are not binding. This is the reason why Krishna encouraged Arjun to fight the Mahabharat instead of just remaining silent. Krishna condemns the silence of Bhishma and Arjun, both of whom were his dear devotees and relatives. Hence practicing silence has to be seen contextual.

Is Silence the Cover of A Coward?

Sometimes you have a quiet leader. Silent to all the crimes and exploitation, unconcerned as he would be the beneficiary of the fruits. Then there are people who remain silent because of various numerous benefits they enjoyed in the past, which gives them no moral position to speak. Some are under the weight of obligations while others are out rightly opportunistic. Their selfish desires have executed their conscience. Some who recognize the problem do not want to risk their comforts, all of them holding onto their seats. Hence the big question arises, “Who will bell the cat?”

In the infamous episode in the Mahabharat, when Draupadi was being disrobed, it was the very ‘golden silence’ of the seniors such as Bhishma, Drona, Kripa, Dhritarashtra, Gandhari and all the others present that empowered the fetishes of Duryodhan, Dushasan, Karna and Shakuni. 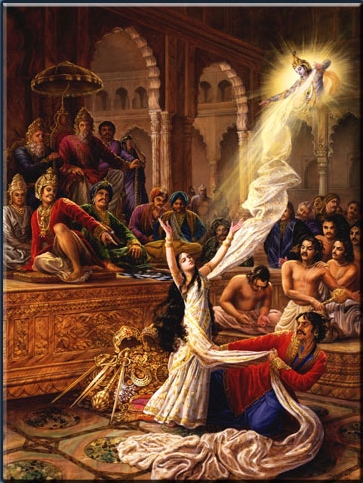 Someone may argue that it was only a few who were hurtful, namely Dushasan who was disrobing Draupadi, Shakuni who was fuelling the vengeance, Karna who was laughing at the act and Duryodhan who ordered to place Draupadi on his lap once she was stripped bare. But grandsire Bhishma was ‘crying silently’, guru Drona was ‘aghast and shocked’, acharya Kripa was ‘dismayed’, the five husbands, Bhima and Arjun were ‘furious’, Nakul and Sahadev were ‘angry’, Yudhishthir was ‘reeling under the burden of his discrimination’, mother Gandhari and king Dhritarashtra were ‘helpless’ to the stubbornness of their sons.

Well, it’s the end result that matters. In that assembly, no matter what their position was, no matter what sentiment each one had, no matter what power each one had, it did NOT help Draupadi. From her perspective, none of the obligations, emotions or sentiments of any warrior served her in that terrible moment. Therefore she condemned everyone in that assembly. Only when she was about to curse the whole assembly that suddenly Gandhari spoke up to stop her from cursing and convinced Dhritarashtra to appease Draupadi. Amazingly enough, it was that half-bare and violated Draupadi who then negotiated the freedom of her captive husbands. The only two Kauravas who spoke up were Vikarna and Vidura. There was, however, one person with deafening silence, but was ‘actively helping’; that was Shri Krishna, her only friend who protected her dignity. The rest were lost in their own ‘rationalizations’.

What use is all the rationality and silence to Draupadi?

There is no rationality in being a Guru, senior, well-wisher, teacher, father, mother etc. for someone who is abused by them or in their very presence. Integrity and courage demand alignment to what is the truth. Speak for it. Live up to it. That is what an individual, especially leaders ought to be made up of. As the 16th century Scottish poet William Drummond said, “”He that will not reason is a bigot; he that cannot reason is a fool; and he that dares not reason is a slave.” No matter what advancement in science, there is no prosthetic for an amputated spirit. Therefore, “It’s OK to be controversial, but don’t Lie!”