One of Hinduism’s most important and distinctive qualities is the widespread appearance of living masters throughout its long history. It is they who have kept the tradition alive and constantly refreshed with new insights and interpretations for each time and context. My book, Being Different, explains how the Vedic metaphysics of sat-chit-ananda helps to bring about such a powerful flow of gurus in diverse circumstances. Gurus have exerted very powerful influences in preserving and enhancing the tradition through time. 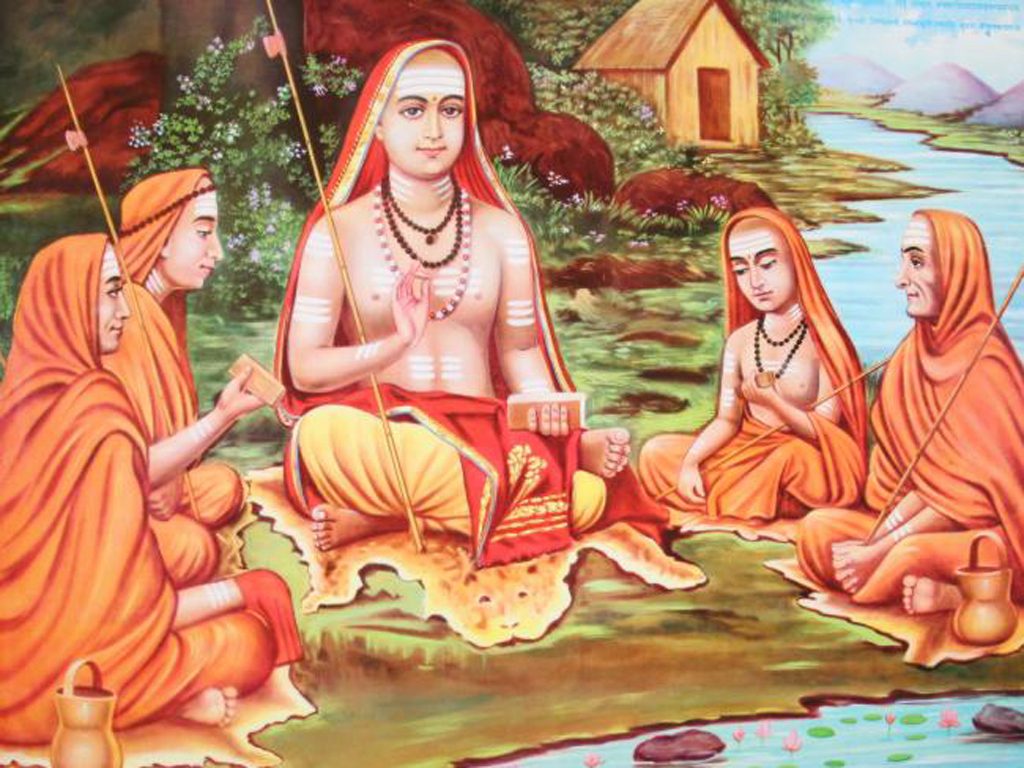 An institutionalized “religion of the book” is vulnerable because it can be wiped off by eliminating its physical infrastructure and burning/banning its books. But in the case of Hindu dharma, every such attempt at its destruction was followed by a renewal brought about by living gurus. Given the public’s faith in our sadhus, mahatmas and acharyas, it is clear that as long as we have dynamic gurus, we will thrive.

This is the reason why the gurus have frequently become the targets of vicious attacks by Hinduphobic forces seeking to undermine the tradition.

In recent decades, we saw vicious attacks against Osho in USA charging him with serious crimes, including murder. Then Swami Muktananda, over a decade after his death, was accused of sexual misconduct – ironically, by women who were his ardent devotees during his lifetime. After Swami Prabhupada died, ISKCON in USA was prosecuted for allegations of sexual harassment. Yogi Amrit Desai, one of the most prolific teachers of yoga for white Americans since the 1970s, was suddenly removed from his own institution, Kripalu Center, on similar charges. Attempts were also made to bring down Maharishi Mahesh Yogi when he was in his prime of success. Swami Prakashanand Saraswati is another guru charged of child molestation at age 82 in USA. The accusers claimed to have been “groped” over a decade earlier, leaving one to wonder why it took so long to complain. Critical video evidence was “lost” by the prosecutors. Yet it took the jury only 50 minutes to pronounce him guilty of charges amounting to 50 years of imprisonment.

This strategy of aggressive persecution was also imported into India. We saw the Shankaracharyas of Kanchi facing false murder charges – later proven wrong, but by then the media had worked round the clock to damage the public image as much as possible. Once the Shankaracharyas were exonerated, the media did not apologize, much less restore their image. Asaram Bapu, Sadhvi Pragya and Ashutosh Maharaj are among many others whose followers are convinced they have been falsely accused and unfairly treated be media.

Similarly, one finds that the charges against Swami Nithyananda have already been proven false, but the media has done very little to give him fair treatment. I can say based on meditation courses I have taken with him in Bidadi (Bangalore) as well as Varanasi, that thousands of persons have received great benefits from him. His followers tend to be extremely well educated, young, fully aware and assertive of their rights – and this applies to men and women equally. I do not find them to be the types who would easily get duped, or who would turn a blind eye if there were wrong doing.

I was introduced to Swami Nithyananda by a retired psychiatrist who had closely followed my own work for many years. He earned my trust over time. (I did notice that he was very ambitious to climb up the Nithyananda organization.) I relied on his side of the story when he started telling me things against Swami Nithyananda. Later on, I learned that it was a case of petty jealousy because his goal to occupy some position of importance did not materialize. So he had turned into a vicious enemy.

Since that time, I started to make my own inquiries. I discussed the allegations with numerous women inside the organization, and as a result I feel assured that if the charges had been true, these educated, confident women would not remain so loyal and supportive to their guru. Also, I examined some of the legal evidence with the help of lawyers, just for my own curiosity. I found that the legal due process against him seemed politically motivated and lacked transparency. In fact, one independent legal expert with an excellent reputation has told me that this case was mishandled as a “hatchet job” just to try and nail him on spurious grounds.

Unfortunately, even when legal cases lack merit, they often linger on for years in order to create a smear image campaign. I feel there ought to be a time limit to prove guilt after a criminal case starts; if the system is unable to prove guilt in that time limit, the accused should be set free and the case dismissed. After all, the authorities simply should not be able to destroy a person’s life on unproven charges and linger on for more than a decade or even longer.

Furthermore, the media has no right to behave as if has the authority to adjudicate. Far worse than any damage cause by the legal action (if at all it ultimately proves guilt) is the devastation caused by the media mafia. They seem determined to bring down any Hindu who is vocal and successful. There ought to be provisions that if the media accuses someone of charges that cannot be established within a specified timeframe, then the media ought to spend three times as much space/time to apologize, and to give the side of the story of the person who was falsely accused. Only such a deterrent would make the media accountable and stop the blatantly irresponsible coverage.

In my book, Breaking India, I charted the mechanisms both in India and abroad that are involved in destroying India’s civilizational fabric. In Swami Nithyananda’s case, he has been very active and successful in fighting against Christian conversions in south India, especially in Tamil Nadu. I know from personal experience how the breaking India forces plan elaborate strategies to go after someone, once he is marked as a threat. There is no morality or ethics in their methods. This much I can say from personal experience, having faced these very same forces myself.

It is important for Hindus to demand better justice for our leaders who stick their necks out. My own policy is to give the benefit of doubt to the guru rather than to the media, and to put the burden of proof on those making the allegations; this is exactly what the legal system requires. I do not want to accept the media’s version at face value.

Most important of all, Hindus must stop being internally divisive. There is too much emphasis on trying to falsify another guru’s philosophy, rituals and practices. We face existential risks and we cannot afford this intellectual “sport” to argue with each other on issues that are not as serious. I am disappointed at the lack of unity to stand up for one another in such dire situations. Most Hindu leaders run for cover in order to protect themselves selfishly, rather than being able to close ranks and take a principled stand against these breaking India forces.