You are at:Home»Opinion»Karna, a Hero?

In one of the most widely read novels of recent times, Harry Potter, in truth the most villainous character in the series of novels by J.K. Rowling is portrayed to be innocent and a hero by the author. The reality is that the author has failed to see how the stated villain, Lord Voldemort, actually became so because he was deprived of certain needs, whereas Harry Potter got all the help he required, whenever he wanted. Society must declare Harry Potter as the villain!

Imagine such a line of thought. How ridiculous it sounds! This is precisely how Karna is being glorified in modern times against the very construct of the Mahabharat authored by Shri Vyasadev.

In the introduction to the Mahabharata, Shri Vyasadeva compares Duryodhana to a bitter tree full of anger, Karna to the trunk of the tree, Shakuni to the branch of the tree, Dushyasana to its abundant flowers and fruits, and Dhritharasthra, the culprit and the unenlightened one, to the roots of the tree.

On the other hand, Srila Vyasadeva describes Maharaja Yudhishthira as ‘dharmaraja’ — the just king. Maharaja Yudhishthira is compared to a Dharma tree with Arjuna as its trunk, Bhima as the branches, Nakul and Sahadeva as its unlimited fruits and flowers, and Lord Sri Krishna — the enlightened and the knowledgeable one — as the root of the tree. All of the above is illustrated and analyzed with innumerable incidents across thousands of pages in the Mahabharat. 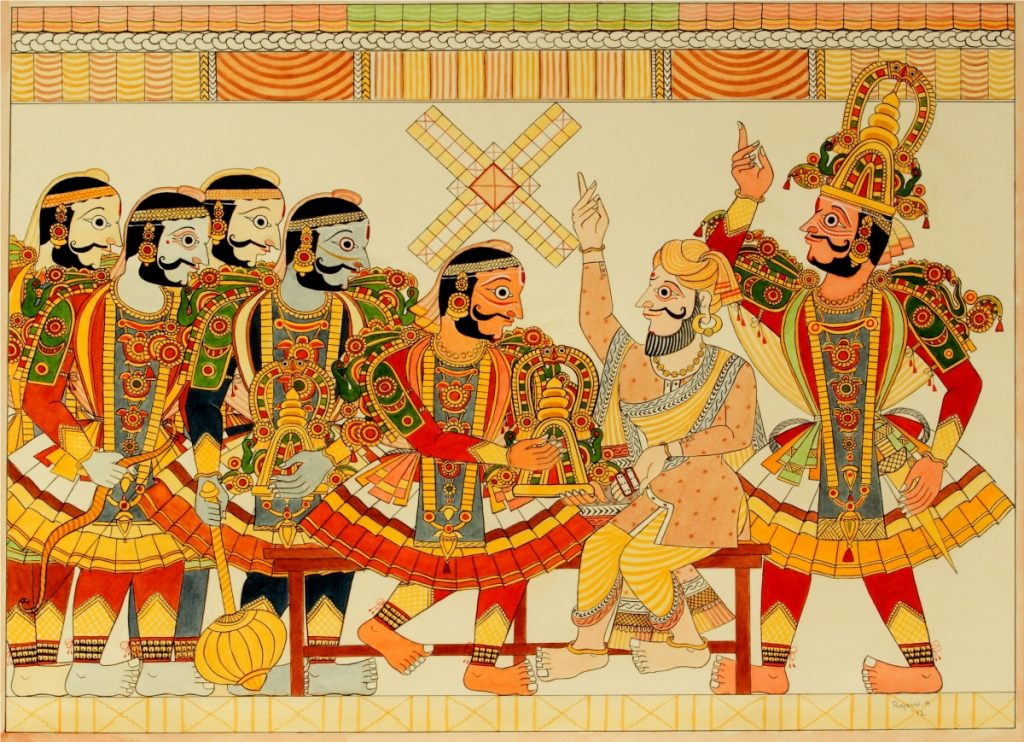 Karna, the ill-fated and highly controversial character of the Mahabharata, was a man of limitless talent, potential, and loyalty. While his origins are heart-wrenching, his unfettered commitment to Duryodhana leads him down a warped and deeply misguided path. However, this loyalty earned Karna the kingship of Angadesh. Who could imagine the brilliantly crafted plan by Duryodhana to use this paid loyalty against his arch rivals and cousins, the Pandavas.

In effect, Karna used all his abilities and aptitude including his own knowledge of Dharma to protect himself and his friend but at the cost of Dharma itself. Karna’s psychology and flawed logic can be likened to that of modern media, pseudo secularists and leftists historians who all have an expert ability in criminalizing the victim and sympathizing with the criminals.

This ingrained belief system of Karna and his modern incarnations consists of:

Karna, consciously and subconsciously, was strongly rooted in these above ideas. Therefore, when Sri Krishna advised him to give up the friendship of Duryodhana, who was a personification of evil, he unmasked his victim psychosis upon Sri Krishna. Karna exclaimed, “How can I give up my friendship with Duryodhana?”, as if friendship was more important than creating good governance in society.  “What will people think of me for deserting a friend?”, although some people would also certainly question his own loyalty to Duryodhan.

More than a warrior, Karna was a true hater of his own self. He was so intelligent that he foretold to Sri Krishna the outcome of the great Battle of Kuruksetra. Pandava’s victory, Duryodhana’s evil behavior, the brutal death of the entire Kuru dynasty and Yudhsthira’s coronation were all predicted by him. Yet so blinded was he by his own self-deceit that he chose to be in the party of evil. He chose the losing side. He chose inevitable and premature death rather than side with Dharma. Because he did not have the courage to change his attitude, he could not stand by the truth. The irony is that many in society still prefer to sympathize with such an attitude. 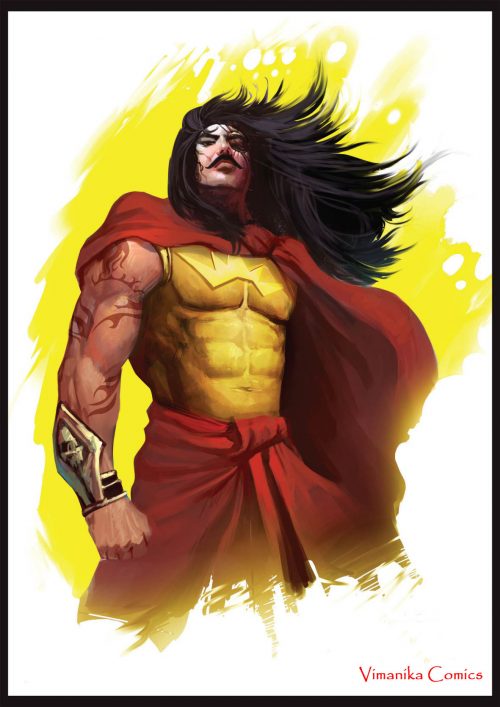 Karna’s mentality is stubborn, illogical and destructive for oneself and society at large. It leads to unbridled anger and vengeance, drawing one to be a great roadblock to one’s and society’s wellbeing simultaneously. So-called intellectuals who support this mindset further inflame this psychosis. These pseudo-intellectuals offer nothing more than limitless unrest in the guise of pity.

A model of cooperative and progressive living is elegantly exemplified by Dharma’s lineage of rishis and sages and elaborated by works like the Mahabharata and Ramayana. They proclaim that it is better to cause pain to evil if it leads to stability in society and if true sanity can be established. Dharmic society having been oppressed many times since the time of Pandavas has however grown and learned from its tragedies and triumphs. Rather than feeling victimized, Hindus by and large have, at least from a community point of view, grown despite the odds over the centuries. Hence accepting the right attitude is critical to making the right decisions. Making the right decisions forces us to accept the consequences. Those consequences shape our philosophy of life. Such a philosophy creates a lasting legacy.

Which legacy do we want? The legacy of Karna embraced by the pseudo-intellectuals or that of the Pandavas who embody dharma and stability? Our choice only reveals ourselves and our attitude.