You are at:Home»Opinion»Is CNN Anti-India?

Recently, Reza Aslan, a producer for various networks like CNN and ABC, who claims to speak out against religious discrimination did just the opposite by airing the controversial show, ‘Believer’ on CNN. He began the show by saying he wanted to explain Hinduism to his viewers, but quickly took a sensational turn to talk about the caste system. All practitioners of Hinduism (Sanatana Dharma) can convey the principles of Hinduism clearly without caste taking center stage. The current caste system is a social construct much of which was forced upon India by both Persian and British colonizers. The varna and jati system as explained in our Vedas are not hierarchical but a social system for the smooth and peaceful running of society.

Nonetheless, ignoring this reality, Reza began by connecting every aspect of Hinduism to the caste system. He went on to explain how one sect of Hindus, the Aghoris, have a solution to the caste system and that became the premise of the entire show. Aghoris, though practiced by an incredibly fraction of the Hindu population, adhere to the principles of detachment from the material world, shunning material comforts, and being ultimate devotees of Shiva. Thus they are not a fringe element or a morbid and deathly sect of Hinduism, as conveyed be Aslan, but rather embrace the pluralistic, all-encompassing nature of Hinduism. Hindus revere the Aghoris and since the Aghoris practice a subset of Hinduism they are not disruptive nor harmful to society. They definitely have their own place in the huge umbrella that encompasses Hinduism.

Aslan misrepresents Hinduism throughout the show ignoring its pluralistic, all-encompassing nature and avoiding significant truths of how Hinduism gave birth to concepts like Ahimsa and the Non-Violent Movement. That Hinduism not only tolerates all forms of prayer and worship but also promotes ‘mutual respect’ of all religions. The same cannot be said of other major world religions.

Moreover, the global Hindu community was disturbed and enraged at CNN’s misleading and distorted portrayal of their sacred city Varanasi as the ‘City of the Dead’ (i.e., a giant crematorium); callously describing the poignant ceremony of immersing the ashes of their loved ones as ‘dumping’; their sacred river Ganga as ‘a giant toilet’ depicting the polluted river. The pollution is a result of industrialization and illegal dumping and has nothing to do with Hinduism.

Majority of Hindus in the US were concerned about airing of this show for the following reasons:

With these concerns hundreds of Hindus in Atlanta, New York, Washington DC, Houston and San Francisco gathered outside the respective CNN office to protest this grave misrepresentation of Hindu civilization to bring attention to the fact that:

For denigrating the practices and sacred places of Hindus, disrespecting that which is holy, and misrepresenting Hinduism on the world stage, ardent Hindus gathered outside the CNN headquarters and offices across the US chanting slogans of ‘down with CNN’. While many may claim that such protests can barely make a dent in the mindset of such behemoth corporations, the impact of synergizing Hindus to rally around their beloved tradition is second to none. 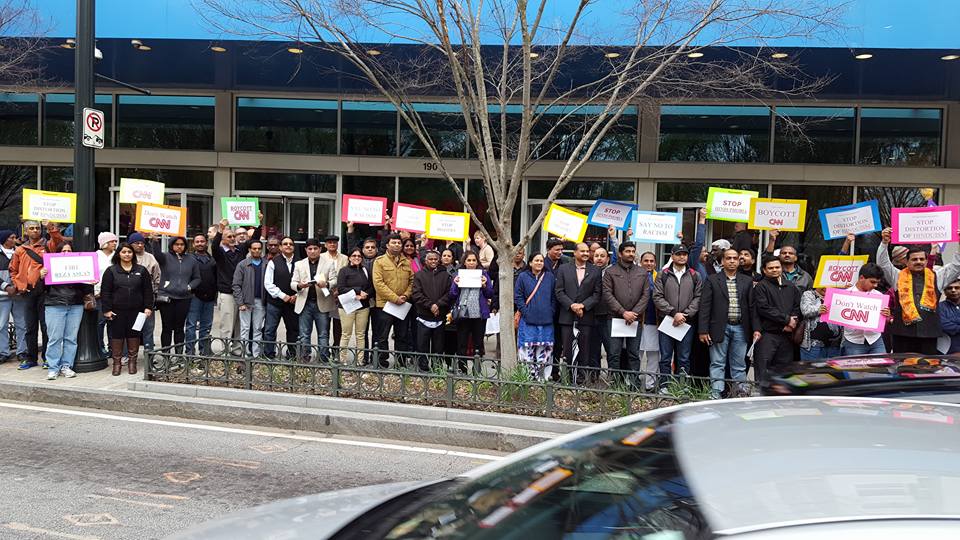 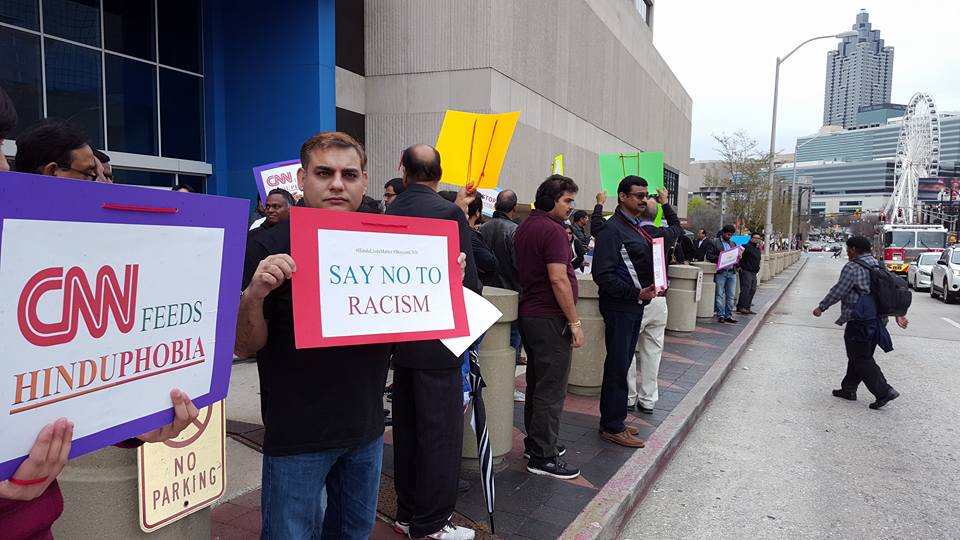 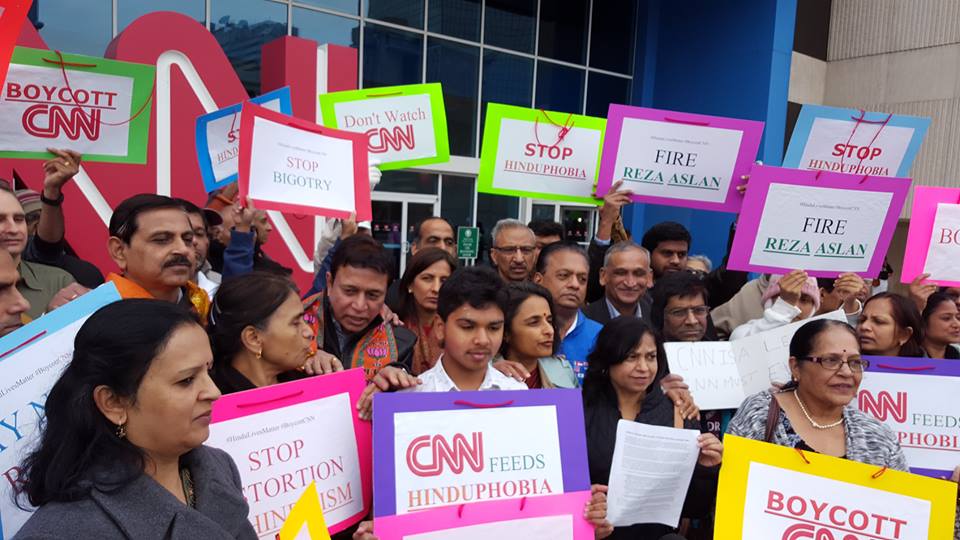 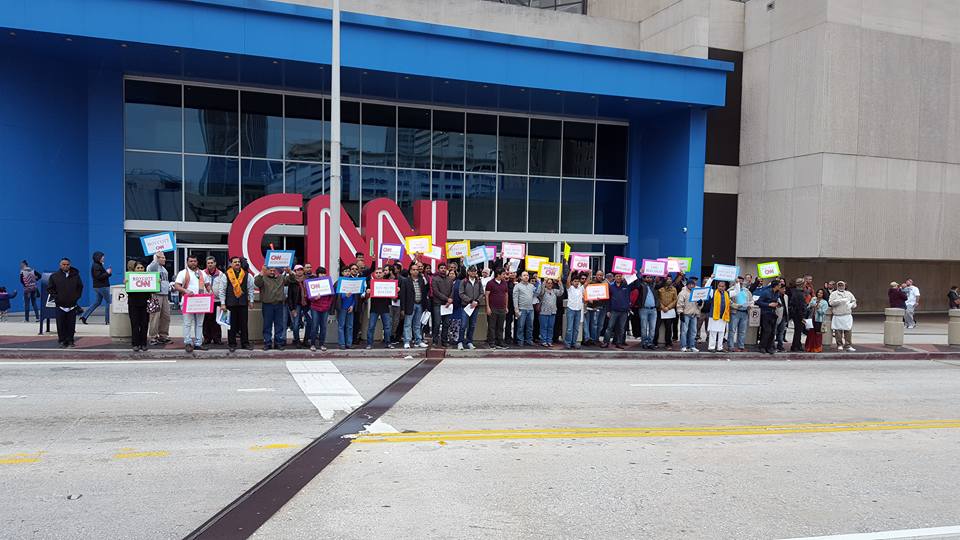 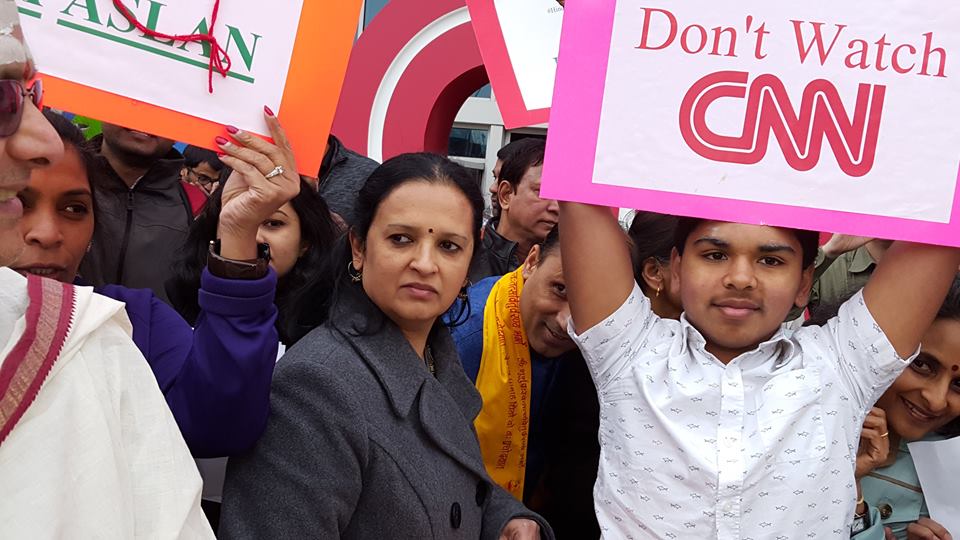